The cardioid technology is a stem-cell derived, multi-cellular and lineage-controlled 3D tissue model that recapitulates the physiology of the human heart and the clinically most relevant left ventricular chamber in an unprecedented way. It allows for a reproducible, automated and cost-effective large-scale generation of organoids – a key pre-requisite for high-throughput drug screenings.

The cardioid technology was invented by the research group of Sasha Mendjan at the Institute of Molecular Biotechnology of the Austrian Academy of Sciences (IMBA), one of the global leaders in stem cell and organoid research.

For more information on the technology please refer to the scientific publications in the News & Media section.

A) Cardioids develop a fluid-filled cavity during stem cell differentiation and its expansion is intrinsic to the mesodermal progenitors. Cavity expansion is not dependent on proliferation or cell death (KI67 and Casp3 staining). Expression of MYL7-GFP and staining of a cryo-section through a cardioid for the cardiomyocytes (CM)-markers MYL7 and TNNT2. 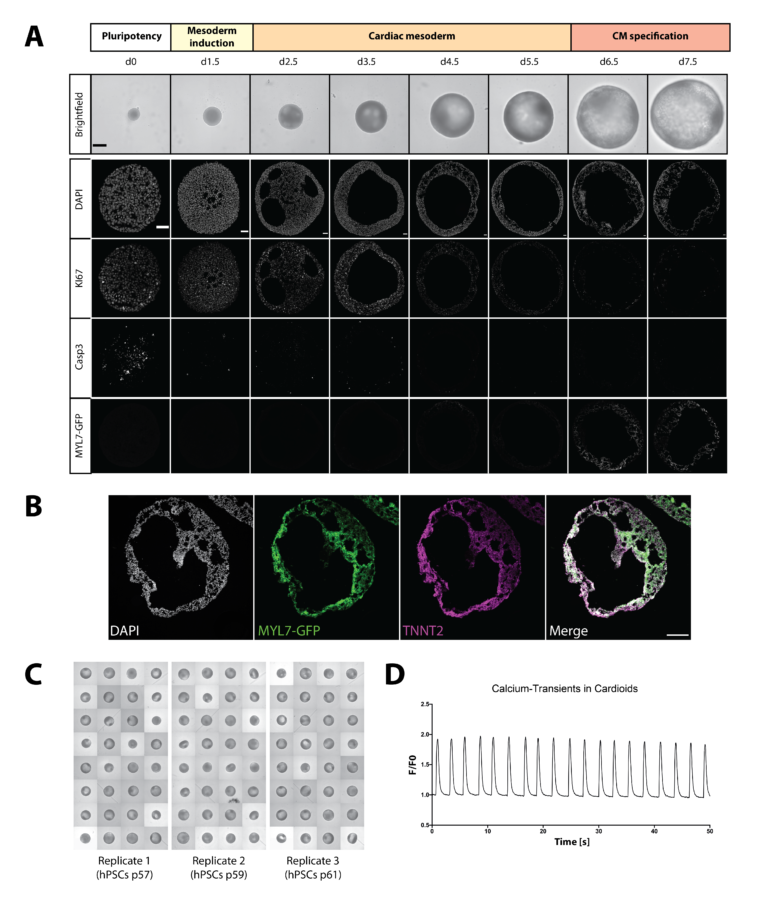 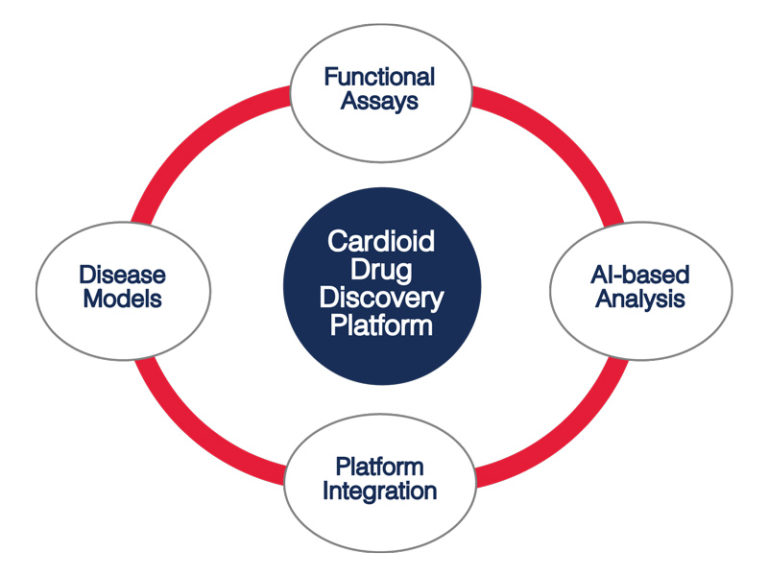 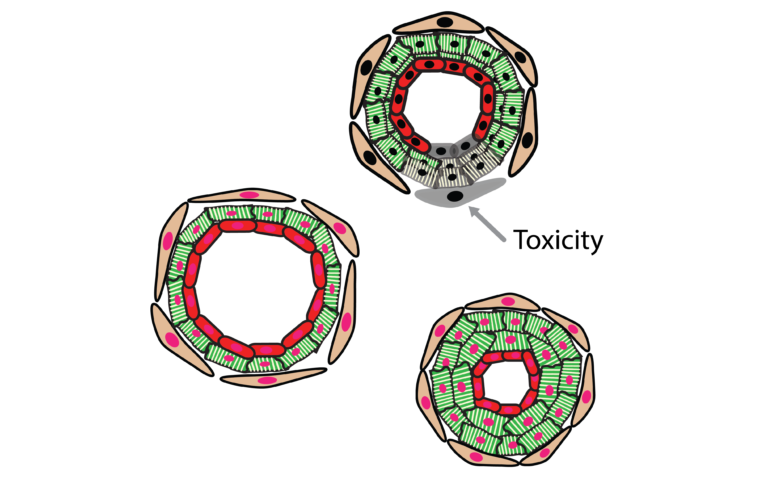 Cardiovascular diseases (CVD) are the number one cause of death in the world (WHO).

Consequently, HeartBeat.bio focuses its drug discovery efforts on a type of CVD called cardiomyopathies. The causes and phenotypes are varied but a significant proportion of cases is genetic and ultimately, cardiomyopathies often lead to heart failure and death as the hearts’ ability to pump blood is progressively impaired (American Heart Association).

Overall, HeartBeat.bio believes that due to the cardioids’ ability to model cardiac disease, they are uniquely positioned to screen for alleviating or phenotype-reversing drugs by recapitulating disease and therapy response as well as developing new drugs.

If you want to know more of the cardioid technology you can submit a message below or refer to the additional background information on the website of the Sasha Mendjan group at the Institute of Molecular Biotechnology of the Austrian Academy of Sciences (IMBA).